at 9:15 AM Posted by Thisiscosmoscountry.com 0 comments Garber again on the state of NY expansion Don Garber spoke this week with the NJ Star Ledger and was asked again about possible expansion in the NYC area:

"The Red Bulls have a very European focus to how they do business and believe a rivalry will be good for them rather than viewing it as competition. And they’re working with us to move that process along. We’ve got a lot of work to do to get a stadium done. We’re working closely with Mayor Bloomberg’s office, the City of New York and potential investors, but we’re very hopeful that we can have a 20th team in New York. Our next expansion team."

As promising at it sounds, it seems to be the same generic answers Garber gives anytime the same question is asked. Perhaps this time however, the news of actually "working" with the City of New York and Bloomberg could signal steps have been made in the right direction.

at 11:32 PM Posted by Thisiscosmoscountry.com 0 comments NYC POLAND HAS REPEATED AS COSMOS COPA (COPA NYC) CHAMPIONS! THE BOROUGH BOYS SEND THEIR CONGRATS OUT TO THEM!
We would also like to congratulate Senegal on a great tournament as well as all other teams for putting on a memorable tournament.
The Cosmos Copa is a true celebration of both soccer and the diversity of New York City. Fans celebrated their heritages and teams in a peaceful manner making the event that much more enjoyable.
A special thanks to Spencer Dormitzer and Chris Noble for all the hard work they put in organizing this event. It is now a constant in our soccer calendar.
Here are some shots of NYC Poland's glorious weekend:
Read more »

at 1:02 PM Posted by Thisiscosmoscountry.com 0 comments 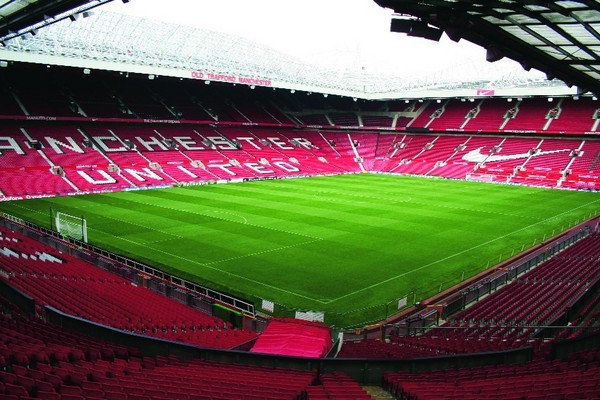 The New York Cosmos have announced their roster for Paul Scholes' testimonial match. As promised the team will consist of a mix between Cosmos academy and U-23 players and big name stars. Among the stars will be, Robbie Keane, Nicky Butt, Fabio Cannavaro, and American favorites Brian McBride and Brad Freidel.
Click here for the full roster.

at 6:58 PM Posted by Thisiscosmoscountry.com 10 comments Time after time, I’m asked to share  my opinion of whether the New York Cosmos will ever join Major League Soccer. And time after time, I point out the good that the Cosmos organization has done since they announced their return.

Cosmos Copa, two Cosmos Academies, the PDL team, their ongoing discussions with Major League Soccer, and the hard work the Staff puts forth in making their events a success are the things I routinely point out. From my interaction with their fans, many have spoken highly of their interaction with the organization.

Nick Laveglia, President of the Borough Boys and co-founder of 5 Points Press has interacted with Cosmos Chairman and CEO Paul Kemsley numerous times and this is his take, "Every interaction with Mr. Kemsley has been fantastic. He treats the fans with respect and like family. You can tell he is as passionate about game of soccer as the fans are.”

Wednesday night marked the 34th Anniversary of the New York City Blackout of 1977. In the midst of the city-wide looting, rioting, and arson, legendary Brazilian soccer player Carlos Alberto arrived to the city to join the New York Cosmos so he can join fellow Brazilian teammate Pelé.

Thirty-four years later, the New York Cosmos and Umbro hosted a “Blackout Launch Event” at Reed Space (151 Orchard St) where they acknowledged both the significance of 1977’s blackout and the arrival of Carlos Alberto by unveiling their new line of “New York Cosmos Blackout Collection.”

In the middle of the festivities… it hit me. Whether you agree with the marketing campaigns of the New York Cosmos or not, at the end of the day, the New York Cosmos are once again relevant in American Soccer. They’ve been clear about their intentions of wanting to become the 20th team in MLS.

In less than a year, they’ve been able to simultaneously entertain us while making us cringe with some of their decisions and action. But when it’s said and done, are we or are we not talking about the New York Cosmos? Are we or are we not wearing their clothing line in support? Are we or we not following the Cosmos Copa, their Cosmos academies & PDL team, and any news they provide us?

Whether or not you support the Cosmos organization, you’re talking about the New York Cosmos… you know it and I know it! I don’t know about you but I’m enjoying this roller coaster ride! If and when they return, I’m simply enjoying the moment and the experience of following this historical American Soccer Club.

If the Cosmos didn’t announce their return last summer, do you believe that 5 Points Press would have existed? Would the friendly rivalry with Red Bulls supporters club the Viking Army (they’re cool) have ever existed? Would I have interviewed Wayland Moore, Dr. John L. Xethalis, Mario Ramos, and Horras Porras? Don’t know who they are? Look them up…

I definitely have the team support of 5 Points Press and my articles to backup my statement. I’ve been to their office numerous times so I don’t need an exclusive interview with PK, Terry, Joe, or Gio to boost my readership while validating myself as a player within the Press.

For one moment, this laborer of words is going to be a fan and simply tell you:

More merchandise but less to worry about

at 8:52 AM Posted by Thisiscosmoscountry.com 1 comments On Wednesday night, the New York Cosmos will host an event introducing their “Cosmos Blackout Collection.” Without a shadow of a doubt there will be many critics out there who say that this is another example of how the Cosmos organization is only interested in selling merchandise rather than soccer.

In addition, there will also be a good number of Cosmos supporters who will be frustrated because there hasn’t been any substantial news on a stadium plan or MLS entry and yet more clothing lines are being launched.

In the past, we have publicly stated how fans are concerned about motives of an organization that holds our team’s history in their hands. For those of you who are unaware, we have met with the Cosmos front office on a monthly basis. During these sessions, we have expressed concerns you the fans might have.

Being fans ourselves, we understand your concerns. I wanted to take a moment to express to you that Wednesday’s night event is nothing to get upset over. We get it… the endless amount of merchandising and advertising without an actual MLS team is getting a bit tiresome.

Please understand that in soccer as it always has been historically is nevertheless a business. What we have here is a case of a marketing team that is doing their job in creating an awareness and interest to both fans and businesses alike. You don’t have to agree with these comments but in order for the Cosmos to return, awareness needs to be illuminated for MLS, NYC Politicians and investors can see the potential of bringing our team back.

at 12:49 PM Posted by Thisiscosmoscountry.com 0 comments
Our issuu.com home -