Cosmos in contract with Umbro

at 9:02 PM Posted by Thisiscosmoscountry.com 2 comments

The Cosmos brand makes the cover of one of England's top Soccer magazines, four four two. They will be marketing kits and other paraphernalia under a contract with Umbro. This of course begs the question "what about the exclusive Adidas contract with MLS?"


Nevertheless, we wouldn't expect that shirt deals would be the difference between the Cosmos becoming the NYC MLS team or not. Time will tell.


The UK edition of the magazine will be on sale October 4th, and available in the US sometime in November. The jerseys will be available in December for $75

at 10:54 PM Posted by Thisiscosmoscountry.com 1 comments

We recently were able to have a short little chat with Giovanni Savarese, the Director of Cosmos Academy East. The questions, which were asked by followers of the Borough Boys, focused on his new role with the academy and its future direction.

at 3:17 PM Posted by Thisiscosmoscountry.com 1 comments The U.S. Under 17 Men's National Team Residencey Program roster was set for the fall 2010 semester and on the list of 40 players were three from the Cosmos Academy.

Midfielders Esteban Rodriguez and Marco Delgado from Cosmos Academy West in California and Forward Alex Muyl from Cosmos Academy East in New York will participate in the full-time residency program in Bradenton, FLA which includes training under Coach Cabrera as well as classes at a nearby school.

Good luck to the Cosmos boys as they hopefully make enough of an impression to get called to next years CONCACAF U-17 championship.

Need a ride to Philly for USA vs. Colombia?

at 8:16 PM Posted by Thisiscosmoscountry.com 0 comments

$40 gets you on the Bus, Beer, and Tailgate Party
Bus departs from Jack Demsey's at 4 PM
36 West 33rd Street
New York City

Terry Byrne on a NY Derby

at 1:52 PM Posted by Thisiscosmoscountry.com 0 comments 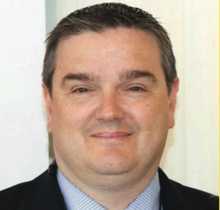 There is a lot of questions about Terry Byrne and his role with the New York Cosmos. Byrne, who is most notably known for being David Beckham's personal assistant is listed as "Director of Soccer" according to the Cosmos home page. There are those that speculate that Byrne is keeping a seat warm for David Beckham.
However, Byrne recently spoke with spoke with CNN about a potential derby match in NYC
"Rivalry within sport is a good thing and I believe the MLS would welcome one in New York," Byrne told CNN. "The League has it in Los Angeles where you have Galaxy and Chivas sharing their stadium and city and the games between those two teams always create a fantastic atmosphere and a healthy rivalry."
The story goes on later to say
"Byrne, however, believes the introduction of the New York Cosmos into the MLS could help conjure exactly that kind of local friction. "The Red Bulls have done a fantastic job within their new stadium out in New Jersey and we believe the City of New York would welcome a similar stadia and team within its city," he says, highlighting the fact that the Red Bulls would be out-of-towners compared to his Cosmos who plan to locate in the heart of the city. And with that, the one-upmanship -- the essential fuel for a local derby -- has only just begun..."
There really is nothing to this but it is good to see the Cosmos still in the news.

I dont think anyone can disagree with how great a "Hudson River Derby" would be. It has been something the Borough Boys and its followers have been dreaming about since day 1.

There are still a lot of questions surrounding the Cosmos' rebirth and none more important than "who is funding this?"

Garber "short window to get something done"

at 10:56 AM Posted by Thisiscosmoscountry.com 0 comments


Yesterday on MLS EXTRA TIME RADIO, Major League Soccer Commissioner Don Garber once again talked about NYC expansion and while most of his statements were more of the same, he did state that the window to get something done is small.

Clearly this quote raises some questions as in the past Don Garber has hinted that there is no rush to get things done and yet now there is a "short window"?

The positive spin on this latest quote is that you have to imagine that something would get done sooner rather than later, but one has to wonder if there is a deadline before the league looks at other options for the 20th team.

One bit of speculation that was put to bed in this interview is that any new NYC team WOULD NOT ground share with the New York Red Bulls. The commissioner stated that if New York City happened it would be in a new stadium, hopefully in Queens.