at 2:48 PM Posted by Thisiscosmoscountry.com 0 comments

About a month ago, Jack Bell tweeted that Paul Kemsley was being bought out but there was no news since that information.

Mike Lewis spoke to Joe Fraga and he states that while there will be changes at the top, operations will remain the same at the aspiring club.

There will be those that feel that this is good news because of the uncertainty around Paul Kemsley's character. Would he have fit in well with the other owners in the league? It is to soon to say if this is good or bad as just don't know anything about the new ownership group or their resources.

Yesterday Paul Gardner put out an opinion piece which revealed that there was a falling out between the Saudi backers and Kemsley due to his questionable business decisions.

So the Cosmos are moving on from Paul Kemsley and so must the fans. It seems that the transition is still in progress but as soon as its complete, the pressure will be on the Cosmos to show that they once again are players in the expansion race. Don Garber mentioned that they had some ownership issues that they needed to sort out and they are sorting them out. Is it enough though?

at 11:34 PM Posted by Thisiscosmoscountry.com 1 comments In response to Don Garber's recent comments that the Cosmos no longer in the mix for the MLS NYC franchise, the Cosmos Front office released a statement saying that they are "willing to work with other investors."

While it was nice to hear something out of the Cosmos camp, fans still have a lot of questions and concerns that this statement did not answer.
Many are dying to know what is going on internally at the Cosmos as there is still that rumor lingering that Paul Kemsley has sold out to foreign investors.
We understand that the Cosmos are a private organization and changes at the top do not need to be announced in public. However, the fact remains that they are aspiring to be a professional sports organization, they should be behooved to act like one. Like any professional franchise, fans want to know what is going on with the team they have emotionally and financially invested in.
Take a glance at the Cosmos Facebook page, you will see fans expressing their anger. Some have expressed thos in a mild manner while others in a more colorful tone. From a financial standpoint, many of these fans ran out in the past year and spent their hard earned money on gear for the team that promised top flight by 2013. Now, with that date looking less likely, fans are asking for updates and sadly not getting a response.
However, this is not time to jump off the Cosmos bridge. If we've learned anything from past expansion history is there will be more twists in this story before the final chapter is written. In the meantime, fans have every right to question. They question out of anger, out of frustration but most of all, question out of passion.
At this point, there's no reason to point our fingers solely at the Cosmos as Don Garber is not really being open and honest with fans as well. He speaks of mysterious investors who refuse to be mentioned at this time.
Who's to say that Garber is using the fans emotions to get leverage from expansion groups such as the Cosmos. Also, are the Wilpon's still going to be somehow involved in this?
Perhaps all these big decision makers should be reminded of words from the great European Cup winning Celtic coach Jock Stein "Football without fans is nothing".

at 12:10 AM Posted by Thisiscosmoscountry.com 2 comments 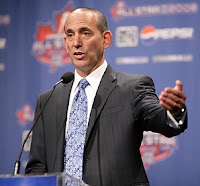 "As for the league’s 20th franchise, it is becoming more and more obvious that New York remains his top choice. He mentioned that he was entertaining three potential ownership groups during the U.S. match and stressed once again that the stadium is the most important step towards making it a reality. "
“We’re making progress and the city has been supportive,” he said. “If we can build the stadium, we will have the 20th team in New York City.”
Clearly getting a stadium built is the biggest challenge and tonight Garber even spoke about Randalls Island as a potential location As previously stated on this site, Randalls Island would be a great location with the skyline as a backdrop, but would be a disaster in terms of traffic and getting to the venue.


Garber hosted three potential investors in his box and none of them were from the Cosmos group. When will their identities be revealed?


As for the Cosmos, Garber hinted that there are some ownership issues that the Cosmos have to sort out before the league considers them as a potential owner.

They’ve got some things that they’ve got to work out in their ownership group. As I’ve said before, they’ve done a great job of building their brand and when we’re ready to get that team launched if they want to be a part of that, we’d be happy to talk with them.”

So what is your take? Are the Cosmos falling apart? Is Garber trying to keep the pressure on the Cosmos to get their ownership sorted out? Will one of these other investors buy the Cosmos brand being the current group can not get their shit together?

at 9:00 PM Posted by Thisiscosmoscountry.com 1 comments 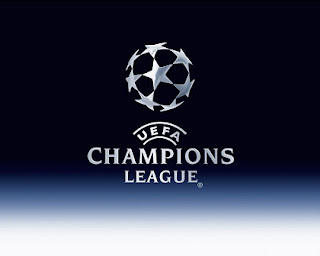 While we were going through some changes, we saw a few pieces of interest. One of them being about MLS expansion, but not NYC.

First was this silly rumor that the Cosmos might be invited to the UEFA Champions league. How could a team, well, that does not exist get an invite to play in a competition such as the Champions League? More importantly, why would UEFA want to hurt the stature of Europe's top club competition?

There was an interesting story involving Pele and him possibly returning to the pitch to join Santos at the FIFA Club World Cup later in the year. Hopefully, FIFA stops this decision because honestly it would hurt the reputation of a tournament that is trying to become bigger.

6-8 Months is now a punchline

at 8:29 PM Posted by Thisiscosmoscountry.com 0 comments

Major League Soccer commissioner Don Garber was on NBC Sports Talk on Versus TV tonight and he spoke about the big night for US soccer as there is a huge league game as well as the US Open Cup final at which 40 thousand fans are expected to attend.

Earlier in the day, Russ Thaler, who hosted the interview asked fans for questions and the question he selected was about the 20th team. Thaler mentioned that there was an overwhelming response from fans on this topic so he asked when the 20th team will be announced and if it will be the Cosmos.

Garber did not dodge the question but really did not offer much. He said they continue to talk to the city, and yes, the Cosmos as well. Garber made it clear that the stadium is the challenge and that after that gets sorted out the rest will be easy to put into place.

Then came the same old story. Don Garber said that he expects more on it in the next "6-8-12 months".

For those who have been involved in this movement or even just following, this is the same timeline we have heard at least 3 times in the past 12 months. You are begining to wonder that in 10 years you will be tucking your kid into bed saying "Don't worry, the Cosmos will be here in 6-8 months".

The whole saga has grown tiresome for many fans around the area, and many are no longer as excited as they were back on August 5th when the Cosmos played Manchester Untied. The fans are aware of the challenges building a stadium, but they really want a little more transparency.Many are stating that "fans are the heart and soul of a soccer team and should not be left in the complete darkness".

A little applause for the Borough Boys because clearly an impression was made on Mr. Thayer as he made sure he pointed out how many people asked about it. It seems that last second internet campaign to get people to contact him did in fact work. See what happens when we all come together?