at 2:48 PM Posted by Thisiscosmoscountry.com 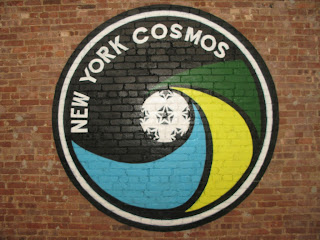 About a month ago, Jack Bell tweeted that Paul Kemsley was being bought out but there was no news since that information.

Mike Lewis spoke to Joe Fraga and he states that while there will be changes at the top, operations will remain the same at the aspiring club.

There will be those that feel that this is good news because of the uncertainty around Paul Kemsley's character. Would he have fit in well with the other owners in the league? It is to soon to say if this is good or bad as just don't know anything about the new ownership group or their resources.

Yesterday Paul Gardner put out an opinion piece which revealed that there was a falling out between the Saudi backers and Kemsley due to his questionable business decisions.

So the Cosmos are moving on from Paul Kemsley and so must the fans. It seems that the transition is still in progress but as soon as its complete, the pressure will be on the Cosmos to show that they once again are players in the expansion race. Don Garber mentioned that they had some ownership issues that they needed to sort out and they are sorting them out. Is it enough though?